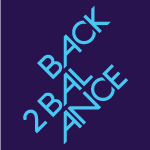 There’s been a lot going on in 2016, some exciting things — some less positive. But on a sporting front, the UK has had a lot to shout about.

Andy Murray ends the year as No. 1 player in the world

This has been a brilliant year for Andy Murray who won his second Wimbledon title, a second Olympic singles gold medal and an Association of Tennis Professionals (ATP) World Tour Finals title. As well as finishing the year as the No.1 player in the world, Andy and his brother Jamie Murray became the first brothers to finish as year end No. 1 ranked players in singles and doubles tennis. And if that wasn’t enough, Andy won Sports Personality of the Year Award for the third time in a row last Sunday. We’re really looking forward to seeing what else he can achieve in 2017. Maybe winning the four grand slam titles?

I think everyone was surprised by Leicester’s unlikely triumph but it was great to see the city celebrating their amazing success. After Leicester drew 1-1 against Manchester United, Tottenham needed to win all three of its remaining league games, but ended up drawing with rivals Chelsea. That meant Leicester City was the winner of the Premier League. It’s always good to see the underdog coming out on top.

Team GB did us proud at the Olympic Games in Rio

Finishing second in gold medals to the United States and third in overall medals after the US and China, Great Britain won gold medals across more different sports than any other nation at the games. The team also topped the medal tables in cycling, sailing, triathlon, golf and rowing, and won gold in golf, diving and gymnastics for the first time. We’re incredibly proud of the team and can’t wait for Tokyo in 2020.

Wales has an unprecedented year in sporting success

From football heroes to Olympic athletes, we all turned Welsh this summer as we cheered on the Wales football team at the European Championships in June and watched the Welsh athletes scoop 10 medals at the Olympic Games. Olympic Taekwondo gold medallist, Jade Jones, was named BBC Cymru Wales Sports Personality 2016, up against footballer Gareth Bale and cyclist Elinor Barker

Discover a better You

We use cookies on our website to give you the most relevant experience by remembering your preferences and repeat visits. By clicking “Accept”, you consent to the use of ALL the cookies.
Manage CookiesACCEPT
Cookies Settings

This website uses cookies to improve your experience while you navigate through the website. Out of these, the cookies that are categorized as necessary are stored on your browser as they are essential for the working of basic functionalities of the website. We also use third-party cookies that help us analyze and understand how you use this website. These cookies will be stored in your browser only with your consent. You also have the option to opt-out of these cookies. But opting out of some of these cookies may affect your browsing experience.

Performance cookies are used to understand and analyze the key performance indexes of the website which helps in delivering a better user experience for the visitors.

Analytical cookies are used to understand how visitors interact with the website. These cookies help provide information on metrics the number of visitors, bounce rate, traffic source, etc.

Advertisement cookies are used to provide visitors with relevant ads and marketing campaigns. These cookies track visitors across websites and collect information to provide customized ads.

Other uncategorized cookies are those that are being analyzed and have not been classified into a category as yet.

SAVE & ACCEPT
Scroll to Top